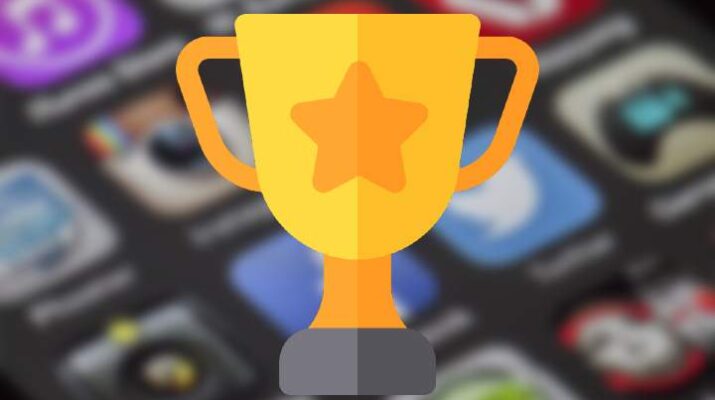 November is coming to an end and the truth is that this month has been pretty hot as far as applications go. If you missed any of the tools or utilities that have crawled our pages, here is a small selection of the ones that most caught our attention this month.

Pay special attention to Amazon Music if you are a Prime user as they have now greatly expanded their music catalogue. Don’t lose sight of apps like Shazam or the new version of VMWare Player if you like working with virtual machines.

The best apps for Android in November

If you like British music and podcasts, check out BBC Sounds. It has several radio stations that we can listen to live, as well as an interesting selection of exclusive music content. Some audio files are only available to UK users, but there is a lot of content that is accessible worldwide and for free.

Amazon is ready to compete with Spotify, and in an unexpected turn of events, it has decided to open its entire catalog of more than 100 million songs to all Amazon Prime users for free. If you haven’t used Amazon Music because the catalog was very small (up until a month ago it only had 2 million songs), you’ll be surprised how much better it is now. Oh, and it has podcasts too.

Korean is a language that people are becoming more and more interested in. If you are one of those people, you can use this app to learn a little vocabulary and pronunciation in convenient daily 5-20 minute lessons. The application is fairly new, but within its category, it has one of the highest ratings in the Play Store.

One of the best free to-do list maker apps on Android. At the visual level, the interface is organized using cards that we can later place on different boards to classify them. You can use it to upload photos, work offline, and assign tasks to other employees.

If you are addicted to information and you are a news addict, this is a free streaming app that might interest you. It is a news-focused platform with around twenty sources such as ABC News or US Weekly. Compatible with Android TV and Chromecast.

Free app for Android that allows you to remap the functions of the device’s physical buttons. It works with the volume buttons, navigation buttons and the buttons of other connected devices (headphones, Bluetooth keyboards, etc.)

Turn your Android phone into a mouse or keyboard for your PC. It also works with other devices such as tablets, Android TV and smartphones. The great advantage of Blek is that unlike other similar apps, it doesn’t need to install a server app on the target device, it just uses a Bluetooth connection.

Televisión Española’s on-demand TV application is the only official platform for Watch the World Cup for free from your mobile, tablet or Smart TV in Spain. You can see all the matches that are broadcast live on DTT, but yes, remember that RTVE also broadcasts other matches (quarter-finals, semi-finals, finals) in addition to the Spanish team’s matches, which is a great detail.

If you want to bring your Android wallpaper to life, take a look at this app. It’s a tool that allows you to create animated wallpapers from any video that you have stored on your device. Free and very easy to configure.

Everyone knows Shazam. It’s an application that we could classify as almost legendary, but since Apple bought the company in 2018, the app has been somewhat stagnant in its version for Android.

This month Shazam has been updated on Google Play and a new widget has been added that will allow us to identify each song without having to open and enter the app. Finally, a useful novelty worth having.

The best programs for PC in November

A really handy utility that will allow us to protect the contents of a USB flash drive, preventing the files that it contains from being modified or deleted. Highly recommended for protecting a USB flash drive from infections and malware, as well as sharing information with other people so they don’t accidentally lose the files on the flash drive.

This extension for Chrome (also available for Firefox and Safari) is a YouTube clickbait removal tool. On the one hand, it replaces all thumbnails with a screenshot from the actual content of the video and also removes all capital letters from the video, which only aim to grab your attention.

Well-known virtualization tool that allows you to create a virtual machine to install other operating systems on your PC in a closed and controlled environment. This month VMWare released version 17.0 of its Workstation Player, which by the way is free for personal use.

Free typing program to learn to type on the computer without looking at the keyboard. It includes an intelligent selection of texts to give more emphasis to the letters that fail the most. Available for PC, macOS and in a web version for browsers.

Free app to sync shared folders between two or more devices. If a PC is switched on and connected to the Internet, all changes are automatically synchronized with all other devices.

One of the best free alternatives to Microsoft Office. The office suite FreeOffice has a very similar interface and is compatible with typical Microsoft formats. It offers touchscreen support and is available for Windows, Linux, and macOS.

Ugly Email is a privacy utility that scans all emails you receive for trackers. If you send emails with a tracker inserted automatically blocked and notified us. The app is free and can be installed as an extension for the Chrome browser.

Virtual photo developing table compatible with RAW images and digital negatives. It allows you to organize and non-destructively edit your photos. Darktable is a free, open-source program.

Duplicate File Finder with which you can apply many filters and sub-filters: modified date, keywords, attributes, duration of an audio, bitrate, size of an image and much more.

Free, open-source program that allows you to compare two or more texts and color-code any differences. You can use Word documents as well as tables and other text formats. Very useful for programmers as well as authors and professionals from the academic world.

If you wanted more, here are other interesting applications: